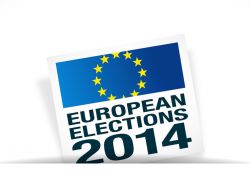 The European elections leave us with more questions on the table than we were able to answer with the number of votes cast. We can spend time analyzing the results, the new composition of the European Parliament or the predictable alliances that will be formed. But all of this is just like looking at the finger that is pointing at a moon that is beyond time and space. There are so many questions on the table that I would like to start by pointing to several of them.

Firstly it seems obvious that the entire electoral mechanics is obsolete and that, in addition to its inefficiencies, it implicitly favors a public image of a stagnant Europe, far removed from the speeches that are often dedicated to innovation, the knowledge society or the challenges of the future. This is partly because each country follows its own electoral model. So then no one should complain if the campaigns have a local instead of a truly European vision. The absurd “day of reflection,” a ban on publishing data that the network distributes in a timely manner or the absence of electronic voting systems that allow people to vote from abroad are all very clear indications of this disaster. What reform will Europe put in place to turn the elections into a cover letter for a convincing political project?

The second question has to do with a fact of great significance: we have voted for a Parliament that we know will not decide who governs us or how we are governed from Europe. The democratic deficit is not going to be solved with the current mock election of the president of the European Commission. By now, much of the legislation passed by parliaments of the states is decided in Europe, but it is in the hands of a bureaucracy that is attributed a large capacity for intervention without the endorsement of the polls. Only then can we understand how they have applied such damaging policies for getting out of the crisis, which is why at the time of voting, we did not know precisely who to vote against when depositing our ballot. Does anyone think you could ask the citizens, without a huge dose of hypocrisy, to have a greater democratic consciousness than what the EU itself is able to assume?

This political weakness, thirdly, explains the inability of campaigns to speak about Europe by pointing to a common interest, and not to present it as a space of negotiation of individual interests. Many election campaigns have ended up being strongly anti-European. And not just the campaigns of the Eurosceptics. The PSC, for instance, is illustrative of this. Europe was made the only guilty party for the imposing of cuts and unemployment, and the score was to be settled by singling out Rajoy. In conclusion, it was as if the PSOE had not had its own commissioner and its own responsibility in European politics, instead the campaign was trying to settle this local matter at the prospect of the upcoming Spanish elections. Is anyone surprised that, with this very clumsy campaign, Rubalcaba has had to throw in the towel at last?

As long as voting is connected to the idea that Europe is used to solve local problems instead of it being connected to a project for the future with a more general [European] transnational interest, the results end up fragmenting the political space. A fragmentation that may have some meaning on a local level, but on a European level, this meaning is lost. You can imagine the poor role UPyD or C’s will have in Europe. On a local level, exactly why these parties exist and their success are well understood. From a European perspective, it will be difficult to find a place for them that does not dissolve them among the dozens of other “micro” offerings. And what I say about UPyD and C’s, wouldn’t that also be said of CiU and ERC if we did not have the vision to become a new state in Europe and to move not only our interests but also our projects in that direction?

The results of these elections should also force us to rethink the categories of political classification that we apply to Europe far too automatically from the state level. We are too quick to label certain parties that have experienced enormous growth as being xenophobic or extreme right. And the same happens when we label the “extreme left” political parties as “anti-system” and revolutionaries. I do like that we are more lenient with the left, but it could very well be that the foundations of the malaise on both sides are quite similar, and that what was different were the answers that were in alignment with the particular political cultures. Can the case of Marine Le Pen in France or the UKIP in the UK can be settled by appealing to the old ghosts of fascism or Nazism?

Finally, I regret that no one took advantage of the campaign to better explain the European project, something that was critically needed, but this time to explain it with hope. And above all, I think that they lost the opportunity to tell us why it would be better to “Europeanize” such fundamental matters as the administration of justice, facilitating the creation of start-ups, the quality of education, levels of cultural practice, unemployment rates or tax fraud control. In Catalonia we have achieved almost 11 percentage points higher participation than in 2009, and we have even surpassed the European average and matched that of Germany. That’s excellent. However, starting today, shouldn’t we work to ensure Europeanism in the 2019 elections?