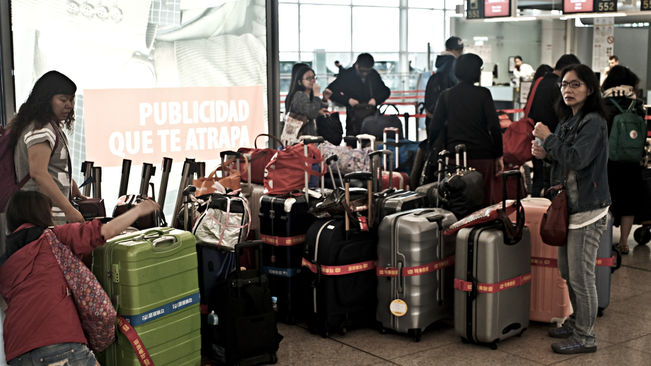 It is said that it was Spanish author Camilo José Cela who came up with –or popularized– that stupid saying: “nationalism is cured by travel”. It had to be a staunch Spanish nationalist like Cela to believe that and actually say it. It is like those monolingual people, like the ones Gabriel Rufián told them to their faces, who want to require bilingual people to be trilingual by law (1). Or that Basque president who, seeing his country’s unique finance system –achieved in a climate of violence– in jeopardy, advises Catalans to remain peaceful and obedient. The pot calling the kettle black, or so father said.NO: NATIONALISM is not cured by travel, unless we’re talking about your average run-of-the-mill tourist. If you only see the world outside without getting off the tour bus, without bumping into it –and without giving up your own national view–, if you are a cosmopolitan type, hanging out in the airport’s departure lounge and the international hotel with continental breakfasts, you are bound not to notice your nationalism ever at all. Yours and that of others. But the truth is the exact opposite: it’s when you interact with the world with a certain intensity that you discover the outlines of your own nationalism and, of course, that of others. It is by travelling that we come to understand nationalism.LET ME BE CLEAR. By nationalism, I am not referring to ethnic or identity ideologies, or to concrete projects for political emancipation. I am speaking, simply, of belonging to a nation, whether you are aware of it or not. That is, I am talking about everything that forms bonds of belonging, whether they are experienced as a connection with a warm community or a cold political society. Because there are attachments that are warm and others that are instrumental. Generous or self-interested. There are those that are the result of a choice and those that are experienced with resignation because we don’t know how disconnect from them or, simply, because we have never had the opportunity, intelligence or courage to imagine them as different. There are bonds that are also passionate, ardent, and those that we bear with irritation —and, paradoxically, the deeper the feeling of self-hatred, the stronger the tie. And there are bonds that are happy, serene, impassive, uncomfortable, indignant, and irritable.HOWEVER, all of these kinds of connections are typically mixed together in each one of us to a greater or lesser extent, depending how our life has meandered, and especially according to how we imagine that it should have been and how we hope that it will be in the future. And if I had to bet on which are the strongest and most stable, the most desirable bonds, my money would be on the less flashy but constant ones, those experienced without vehemence but assumed with responsibility, courage, and freedom.CURRENTLY, all nations face the challenge of maintaining the feeling of belonging that makes us into citizens. Everyone has national problems. It helps to travel and read foreign newspapers. The problems with democratic quality and legitimacy are not local, and they are all akin. All advanced democracies debate over how to make the role of citizen be seen as an advantage, the result of rights achieved in return for taking on a number of duties. Strength depends on the absence of corruption by leaders, or an efficient public administration, both very connected with each other and far from where we are today. It also has to do with the role of media, always tempted to exasperate soft ties, and with economic players, some of which profit from rootless individuals. Nationalism –which where the people don’t have to fight for it is called patriotism– is not a sickness, but rather a remedy. And travelling helps to know how to administer it without overdosing.________(1) N.T. Gabriel Rufián is ERC’s spokesman in Madrid’s parliament and he recently slammed the PP’s latest attempt to erode Catalan teaching by bringing in additional English lessons, thus making Catalan schoolchildren “trilingual”.